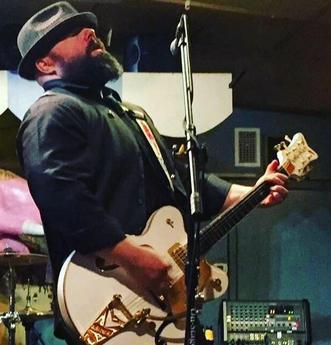 Kevin Mahon was born and raised in the Toronto area of Canada and now resides in the musical capital of the world, Austin TX.

Since 1991 Kevin has been a journeyman recording artist, musician, and songwriter traveling throughout North America with such acts as The Plaid Daddys, Declan Nine, Real Gone, The Cradles, and most recently Before The Devil Knows You're Dead.

In 2﻿015 Kevin began to compile personal recordings he had made over the years into a solo project entitled Hell's Kitchen Irish Ale.

In the spring of 2020, Kevin is set to release his debut novel, Radio Ireland.